Showing posts with the label john queinones
Show all 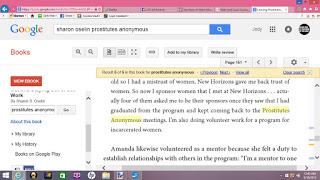 I read that Gideon's Bible's wants to put the soaps' in with their Bibles in hotels.  This is what I wrote them about that idea? Dear Gideons: Please allow me to introduce myself.  I'm the founder of the modern day sex trafficking movement. While Wilber Wilberforce was the founder of the anti-slavery movement - I'm the person who stood up in modern day America and said that not only was sex trafficking still happening, but that our legal system had to do something in order to help these victims.   I did this because no one was believing this was real.  In 1965 Elvis Presley himself had tried to get the word out to America the only way he knew how - in "Harem Holiday".  This was a film about rescuing a woman from a harem.  It was written off as a bad movie.   In 1973, Bruce Lee tried to enlighten us in "Enter the Dragon".  In the underground scene he showed both human trafficking victims with the men who were on one side being traffick
Post a Comment
Read more
More posts