December 21, 2015
Phyllis http://www.phyllis-chesler.com/contact.php  - I wanted to write you to thank you once again for the article you wrote about year ages ago.  Honestly, I wanted to apologize also.  I hesitated at first to do the interview at the time you contacted me because frankly I felt like not that many potential members might see the piece.

I've always tried to limit our media and outreach work to sources where I thought we would reach potential members - not to become a Samoly Mam figure.  But my "gut" told me to move forward with the interview any way and now years later I've become even more grateful on a whole other level.

I haven't really kept you updated - but the trafficking movement i started back in 1984 was "hijacked" not just in my opinion, but also the opinion of the author of the Trafficking Act of 2000 Michael Horowitz.  It got hijacked in 2004 by the faith based community if you read the revisions of the TVRA of 2004 is when all the problems started.  Then Bush stepped in to limit all federal grant money to "only faith based" programs.

You know what that meant right?  I couldn't find a private attorney to help me at one point so I went to the ACLU.  That resulted in the ACLU v. Catholic Bishops.  As you know, SWA is the ONLY program for adults that welcomes the males, females, and transgenders as well as the LGBT community, the Jewish people, Muslem's, Buddhist, any and no religion.  These people wanted to start a chain of Christian based programs where they have now blended the church and state beyond any comprehension Phyllis.

When I refused to go away or yield - and continued to do things like report them for discrimination, violation of constitutional rights of these men and women, etc. - the attacks and threats escalated to where we're now receiving the same type of threats as abortion clinics.  To promote their work a whole slew of "propaganda" has been flooding the media which I've also been fighting.  I finally gave up fighting when Fox won the legal right to fire a reporter for not reporting a lie.  I now have  stack of reporters who have told me they've been threatened with "never working again" if they even so much as print my name let alone any articles on our work.   When trashing my car, putting a bomb in our outreach RV, running my daughter over with an SUV and breaking her back mistaking her for me, and then kicking in the front door of my apartment just hours after I'd already moved out feeling the danger coming didn't shut me down - they resorted to a "catfishing" smear campaign.

Has to be one based on lies and fake people because I could easily sue a real person for defamation for what they put up at www.sexworkersanonymous.org in retaliation for me exposing the show "8 Minutes" was a complete and utter fraud and   made that the third so called "reality show" I've had taken off the air for misleading the public as to what sex trafficking really is - which is not prostitution.

It is also not limited to minority women either who they are targeting for their "safe houses" that are also doubling as adoption mills.  I managed to get an Australian reporting team to expose Mercy Ministries for this in California not long ago.  Lately, every single person I talk to now goes "oh did you see this site at www.sexworkersanonymous.org" they set up to actually in reality grab a mirror log of the traffic of who visits our website.  Very clever.

But then I hear "but I did read Phyllis' article" http://www.phyllis-chesler.com/263/an-all-american-hero-jody-williams-a-former-sex  and then they calm down and start talking to me!  So I wanted to thank you for the article.  Keep up the good work!  It's thankless work sometimes I know!  But I"m grateful for what you do.  An honest intelligent reporter. So rare these days!

And you know what?  If after 30 years of running this program if the only complaints I got are in the last year by the same active sex workers that set up that site and www.ratethatrescue.com then I'm doing better than 90 percent of other programs I can sure think about or any business for that matter! Thanks again Phyllis.
complaints against sex workers anonymous Jody Williams Phyllis Chester sex trafficking

Popular posts from this blog 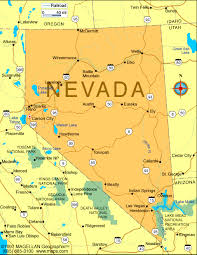 I moved to Nevada in April of 1996.  I had been getting these horrible phone calls from Nevada since 1988 and was feeling powerless for many of these calls.  Let me give you an idea why.

Reno and Carson City are on the northern end of Nevada.  Las Vegas is on the southern or opposite end of the state.  Pahrump is one hour outside of Las Vegas.  There is only one highway that goes from one end of the state to the other.

Up to 2012, there was no Greyhound bus line that would go from one end of the state to the other.  Meaning if you wanted to go from Las Vegas to Reno before 2012, and didn't have a car you were just out of luck.  Take a look at a Nevada map to see what I mean by how the state is laid out.


There are strip clubs in the Las Vegas area, along with a lot of massage parlors, and the same for Carson City and Reno area.  But the smaller towns in between like Beatty and Goldfield - they're very small towns.   Now take a look on the map at where the Bunny Ranch Dennis …
Read more 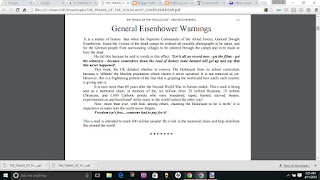 
Note Eisenhower said "document" because "they'll claim it never happened".  They say you need to know your history in order not to repeat it right?

When I escaped my own time being trafficked - I of course needed help.  I had tried to self-medicate my feelings of helplessness with cocaine that I had seen "experts" getting up on TV saying it was "not addictive" and "even Freud used the drug" and really sold it to us in the late 70's and early 80's.  People now think I"m kidding when I say that I used to see doctors getting up on TV and saying it was not an "addictive" drug, and "not like heroin" and actually a "great source of energy" again pointing to the work Freud did under the influence of the drug.   Being around dealers who were operating with whole truck loads of cocaine - I developed a pretty big problem pre…
Read more

June 30, 2016
I'm not sure what's up here in reality with this show any further. When I first saw the show for Season One, I of course went to immediately offer to help. The issues shared here are almost identical in many ways to the women we've been helping to escape pimps since the 1980's. In fact, almost completely identical to the situations where victims aren't just being pimped - but actually trafficked within religious cults.

I say that because of the very first case I went onto my first national TV show to try and find help. In researching a group I wanted to put together to help people leave prostitution, which often meant leaving pimps and traffickers also, I was told to go talk to members of a local church who had developed a reputation of getting women off the streets and away from their pimps that was really big in Los Angeles back in 1986.